What is Tip Fatigue? I am not sure if it is a term at all, but it is how I described the feeling I experienced recently when I ordered 2 small cheese curds and 1 drink at a food truck. When I went to pay the person who hit the 3 buttons to process my order, he swiveled the payment screen around to face me and I was prompted to leave a tip of 20%, 25% or 30%. I literally turned to my daughter and said I felt fatigued from being asked, very publicly, to tip where it has not been a practice to tip in previously.

I worked in restaurants from 10th grade until I graduated from college. I know first-hand how much servers depend on tips and thus believe strongly in tipping servers 20% and, more often than not, more. However, tipping requests are increasingly common at locations where the employee is not performing a “service.” One of my main concerns is that the increase in requests for tips in venues where the employees don’t reply on tips is that it can negatively impact a restaurant server’s ability to earn the tips needed to make up the difference in their below minimum-wage pay.

A few weeks ago I read a Newsweek article entitled, “Tipping Culture is Out of Control.” A lot of what was written in that article resonated with me. Here’s a big part of the challenge- not tipping feels bad. And, if I am being honest, so does tipping where I am only doing so because I feel badly if I don’t (whether because of the pressure I feel from the person standing in front of me waiting to see whether I will tip or not, or the perceived social pressure when tipping on a screen people around me can see- and thus know if, and what amount- I am tipping).

Another article I read recently on tipping I found on Vox. It was called, “Everyone wants a tip now. Do you have to give them one?” In the article they explained that the Square checkout screen, the platform most commonly used to request tips in this manner, “Forces the customer to opt out of a process that used to be opt in.” They also shared that touch screens use something called, “Dark Patterns.” These patterns emphasize buttons for big tips and de-emphasize the “no tip” button. The design makes it easy to get flustered while in line to pay and hit the wrong button. That part made me mad. I imagine most people, myself included, don’t like feeling like we are being manipulated.

Finally, making decisions fatigues the brain. This is even more impactful with ADHD brain wiring. Needing to decide when to tip, how much- or whether you can even tolerate the discomfort of not tipping in these situations- can be incredibly draining (ie, tip fatiguing?!). So, what’s a person to do to navigate this with a bit more ease?

Etiquette expert Lizzie Post was asked her thoughts on tipping, and here’s what she said, “If it’s not a traditional tipping situation and nobody’s gone above and beyond to create some kind of amazing experience or been extraordinarily helpful, I’m hitting ‘no tip.'” That’s clear- and feels very ADHD-Friendly! Thanks, Lizzie!

Sign up to receive your Mini-POM!
← PREV Why you need an ADHD-Friendly Re-Entry Plan and 3 Tips to Make Yours 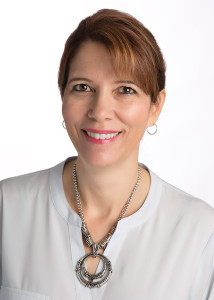 To create content focused on leveling the playing field for individuals impacted by ADHD. Patty shares research as well as tried-and-true practices and her own experiences in the hopes that it makes your life a bit more ADHD-friendly!

Why you need an ADHD-Friendly Re-Entry Plan and 3 Tips to Make Yours Re-Entry Plans defined: a set of steps or...

Decision Fatigue and ADHD-Friendly Tips to Support Your Decider 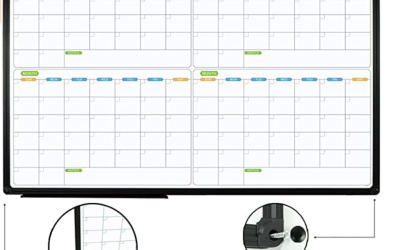 Spoiler Alert! Whopping 30+ Products are Available NOW in the ADHD Friendly Store! Preview of 2022 List. My 2nd annual ADHD-Friendly Favorite Things podcast is coming up in just a few weeks (just in time for the holiday shopping season). With so many new products added in 2022, I am reviewing a few of my favorites leading up to that episode, as well as some tips on how I use the products.